account_circle By Charlotte Prong
Perimeter researchers rose to the challenges of a highly disruptive year.
December 18, 2020

Physicists join the fight against COVID

As the novel coronavirus pandemic swept the world in spring 2020, researchers at Perimeter volunteered their skills in mathematics, modelling, and problem solving to support health science researchers.

Kendrick Smith helped medical researchers build a software pipeline for a major study of COVID mutations. Neil Turok worked with colleagues at the African Institute for Mathematical Sciences on a scheme to squeeze more information out of fewer tests — currently, they can evaluate nearly 250 people using just 15 tests. Niayesh Afshordi used the mathematical tools from cosmology to model local outbreaks, creating a dashboard that could help municipal-level planners set policy and save lives. And Mark Penney worked with mathematical biologists to develop a powerful network theory model of virus spread. His team aims to inform policy decisions on how to distribute tests, vaccines, equipment, and other limited resources most effectively.

In October, Perimeter launched the Clay Riddell Centre for Quantum Matter, a 10-year, $25-million dollar investment made possible by a $10 million founding donation from the Riddell Family Charitable Foundation. The Centre will grow to connect more than two dozen researchers and students.

“One of the remarkable things about condensed matter, or quantum matter in general, is the narrow gap between the theoretical ideas and commercial potential,” says Perimeter Director Rob Myers. “It’s an area that is primed to produce fascinating breakthroughs in the next decade.”

EHT: a glimpse inside the dark heart of a quasar

A distant quasar — a pulsating firestorm burning brighter than a trillion suns, half the universe away from Earth — harbours a supermassive black hole. And we can now see it with unprecedented clarity, thanks to a team of researchers from the global Event Horizon Telescope (EHT) collaboration.

The EHT team conducted the highest-resolution measurements yet of a quasar called 3C 279, using the same interconnected global array of telescopes they utilized to capture the now-iconic image of a black hole, published in April 2019.

The Canadian Hydrogen Intensity Mapping Experiment (CHIME) collaboration continued to crack open the mystery of fast radio bursts (FRBs), some of the universe's most mysterious phenomena.

“In the last year, it has become the most powerful telescope in the world for finding new fast radio bursts,” says Kendrick Smith, the Delaney Family James Peebles Chair at Perimeter and the man responsible for developing the software that powers CHIME.

In January, the team pinpointed the location of a so-called “repeater” — a rare burst that happens again and again. Then in June, they announced the detection of a burst that repeated with predictable frequency. And in November, they shared the discovery of an FRB within our own galaxy that appeared to originate from a magnetar.

3D map of the Universe

This year, the Sloan Digital Sky Survey released a comprehensive analysis of the largest three-dimensional map of the universe ever created, including detailed measurements of more than two million galaxies and quasars, covering 11 billion years of cosmic time.

The results represent the culmination of 15 years of work for Perimeter Associate Faculty member Will Percival, who is also the Director of the University of Waterloo Centre for Astrophysics, where he holds the Mike and Ophelia Lazaridis Distinguished Chair.

The map reveals the filaments and voids that define the structure in the universe, starting from the time when the universe was only about 300,000 years old. Patterns in the distribution of galaxies refine key parameters of our universe to better than one percent accuracy.

Our work to increase inclusion, diversity, equity, and accessibility is led by the Inclusive PI Platform, a dedicated group of 50 Perimeter faculty, researchers, students, and staff. Our 2020 activities included adding supports for mental wellness, facilitating a workshop on LGBTQ+ inclusivity, and offering new supports for parents working at home during the pandemic.

In June, Perimeter researchers and staff participated in the Strike for Black Lives to support the Black Lives Matter movement and efforts to combat racism. And in October, we hosted Perimeter alum Rowan Thomson for a workshop on the glass obstacle course.

It's always award season at Perimeter

Perimeter researchers earned 20 major awards, honours, and grants in 2020, including recognition for the EHT and CHIME research teams. Kevin Costello, the Krembil William Rowan Hamilton Chair at Perimeter, was admitted as an Honorary Member of the Royal Irish Academy. Other honours included a Buchalter Cosmology Prize for Perimeter Associate Faculty member Niayesh Afshordi — the sixth time in its six-year history that these awards have recognized cutting-edge research at Perimeter.

“My philosophy is to work on what is interesting to me — to learn something new,” says Sibiryakov, who is cross-appointed with McMaster University. Sibiryakov graduated from the Moscow Institute of Physics and Technology in 2001 and completed his PhD at the Institute for Nuclear Research of the Russian Academy of Sciences.

Like schools around the world, the Perimeter Scholars International (PSI) master's program finished the year with online classes. But PSI grads were treated to not one, not two, but three Nobel laureates at their virtual graduation ceremony.

Early in the pandemic, it looked like Perimeter’s new undergraduate research program might have to be cancelled. Instead, it moved online. While this transition came with some challenges, it also eliminated the cost of flying students in from around the world, which meant they could expand to accept 54 students instead of 20.

2020 was a great year for PhD student Anna Golubeva, who was named a Borealis AI Fellow, and for Florian Hopfmueller, who is making a leap from academia to industry.

Sharing the wonder and power of science with the world

Great science deserves to be shared, and this year Perimeter reached out to audiences in new ways.

When the pandemic hit, the Outreach team quickly adapted its teacher training workshops and classroom resources, with a focus on hands-on science that students could experience at home. The beautiful Forces of Nature posters were turned into colouring pages for a creative, DIY way to learn about pioneering women of science. 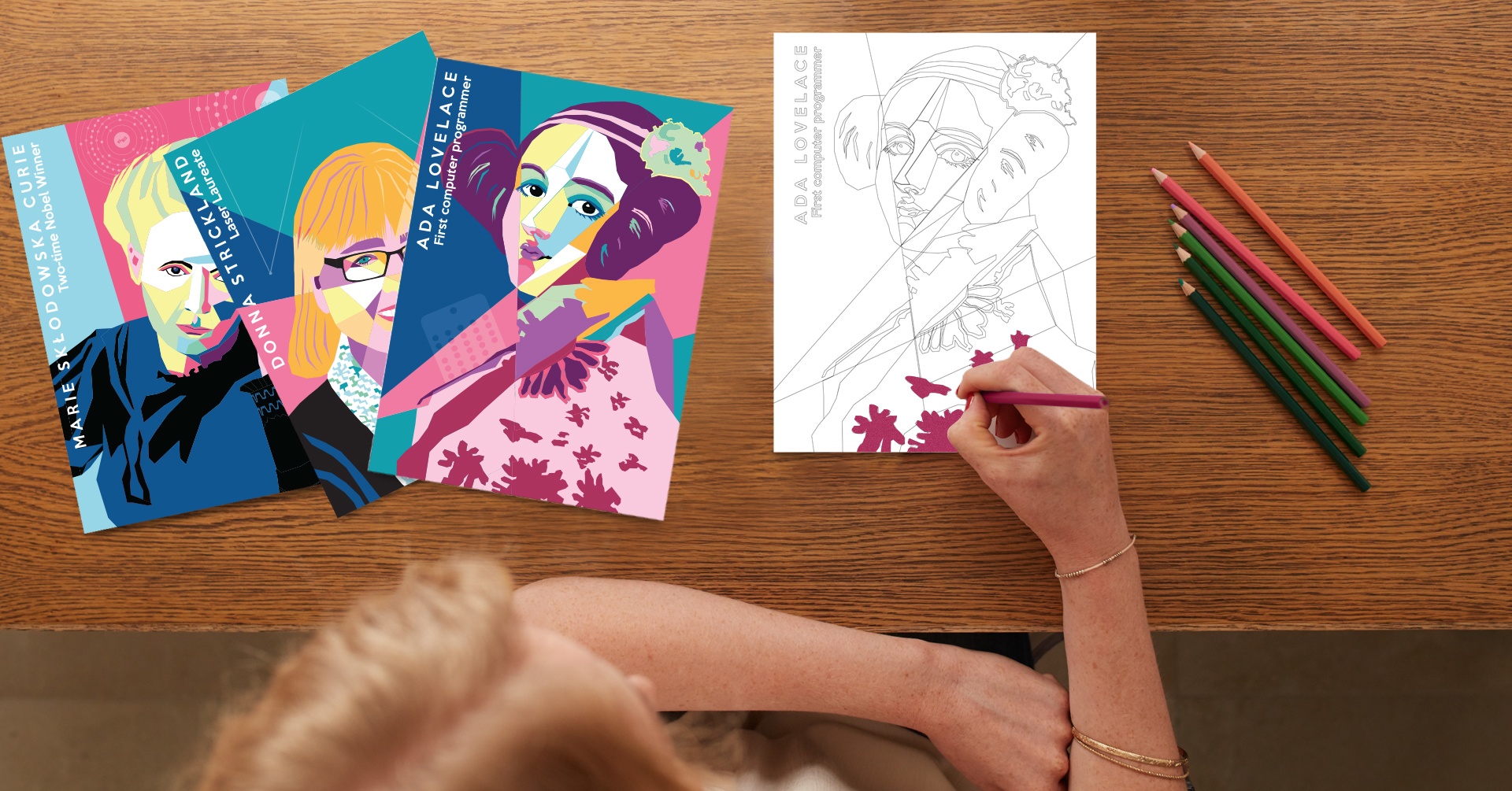 Perimeter’s popular Public Lecture Series continued — Bryan Gaensler’s "Warp Drive and Aliens" alone has garnered more than 1.1 million views. Too much time on Zoom not leaving enough brain space for an entire lecture? Perimeter served up fun-sized bites of science for all ages in our regular Slice of PI series. The people behind the science are profiled in People of PI — including a truly inspirational story of unstoppable, award-winning teacher Ryan Beck.

For a quick scan of all the recent news and views of Perimeter, see our regular In Case You Missed It digest.