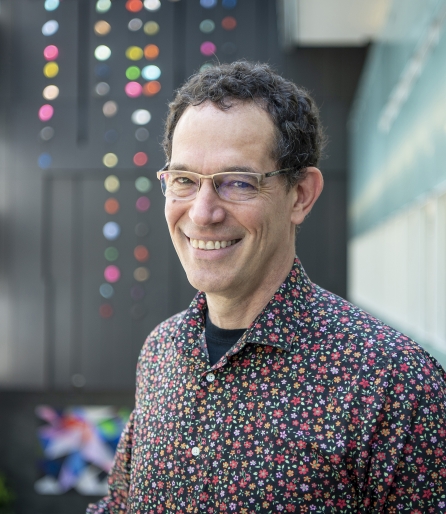 Neil Turok (PhD Imperial College London, 1983) holds the Mike and Ophelia Lazaridis Niels Bohr Chair in Theoretical Physics at Perimeter Institute. He was Perimeter's Director from 2008 to 2019, in recognition of which he was awarded the title of Director Emeritus. Previously, he was Professor of Physics at Princeton University and Chair of Mathematical Physics at the University of Cambridge.

Turok’s research focuses on developing fundamental theories of cosmology and new observational tests. His predictions for the correlations of the polarization and temperature of the cosmic background radiation (CBR) and of the galaxy-CBR correlations induced by dark energy have been confirmed in detail, as significant substantiating evidence for the standard concordance cosmology. With Stephen Hawking, he discovered instanton solutions describing the birth of inflationary universes. His work on open inflation forms the basis of the widely discussed multiverse paradigm. With Paul Steinhardt, he developed an alternative, cyclic model for cosmology, whose predictions are so far in agreement with all observational tests.

Among his many honours, Turok was awarded Sloan and Packard Fellowships and the James Clerk Maxwell medal of the Institute of Physics (UK). He is a Canadian Institute for Advanced Research (CIFAR) Fellow in Cosmology and Gravity and a Senior Fellow of Massey College in the University of Toronto. In 2012, Turok was selected to deliver the CBC Massey Lectures, broadcast across Canada. The lectures were published as The Universe Within, a bestseller which won the 2013 Lane Anderson award, Canada's top prize for popular science writing. In 2018, Turok was named an Officer of the Order of Canada (Honorary) in recognition of his “substantial contributions as a scientist to the field of theoretical physics and cosmology.”

Born in South Africa, Turok founded the African Institute for Mathematical Sciences (AIMS) in Cape Town in 2003. AIMS has since expanded to a network of six centres – in South Africa, Senegal, Ghana, Cameroon, Tanzania, and Rwanda – and has become Africa's most renowned institution for postgraduate training in mathematical science. For his scientific discoveries and his work founding and developing AIMS, Turok was awarded a TED Prize in 2008. He has also been recognized with awards from the World Summit on Innovation and Entrepreneurship (WSIE) and the World Innovation Summit on Education (WISE). In 2016 he was named the Gerald Whitrow Lecturer by the Royal Astronomical Society and was also awarded the John Torrence Tate Medal for International Leadership in Physics by the American Institute of Physics. In the same year, he was made an Honorary Fellow of the Institute of Physics in the UK and was awarded the John Wheatley Award from the American Physical Society for his work with AIMS.

1) Understanding how to formulate quantum mechanical theories, specially geometrical theories like general relativity, using real time (Lorentzian) path integrals. Although the path integral is well recognised to provide the most elegant and complete formulation of particle and string theories, gauge theories and gravity, it is an enduring embarrassment that the only rigorous, nonperturbative formulation available relies upon a Wick rotation to Euclidean time. Unfortunately, this prevents one from straightforwardly studying dynamics since quantum pre- and post-selection, and interaction with other systems, occurs in real time. Secondly, the Euclidean path integral for gravity fails badly. Cosmology necessarily must be studied in Lorentzian time. Over the past three years, with my collaborators I have pioneered new techniques - based on Picard-Lefschetz theory - which enable one to do this, and we are now beginning to reap the rewards of this groundwork. We have obtained several new results, including a disproof of the Hartle-Hawking and Vilenkin proposal's for the beginning of an inflationary universe. We aim to prove the existence of real time path integrals in quantum mechanics, both non-relativistic and relativistic. We are developing several applications to quantum tunneling including the Stueckelberg-Schwinger. Also on the horizon are new, and more convincing ways of studying the quantum evaporation of black holes, as a semiclassical tunneling process. 2) L. Boyle, K. Finn and I presented the simplest yet solution to the problem of cosmological dark matter. We noticed that the standard model of particle physics, including the right-handed neutrinos required to explain light neutrino masses, has everything required to explain the dark matter without the need to propose any extra fields or particles. Imposing a discrete Z_2 symmetry ensures that one of the right handed neutrinos is stable. However, the standard model says nothing about the initial conditions for the universe. Our hypothesis, that the universe respects CPT symmetry, i.e., the most basic symmetry of its physical laws, constrains the initial conditions in such a way that we can, from first principles, predict the density of the stable right-handed neutrino today. If the mass of the corresponding particle is around 5 x 10^8 GeV, we match all observations of cosmological dark matter as well as all particle physics experiments. We are further developing this picture of a CPT invariant universe to explain the homogeneity and isotropy of the cosmos, the arrow of time and the character and strength of the primordial perturbations. 3) J. Feldbrugge, U.Pen and me have shown how to use Picard-Lefshetz theory to efficiently calculate interference patterns due to lensing. This problem has become increasingly important with the advent of new ``software" radio telescopes like CHIME which are gathering images of the sky at a vast rate. Theorists had been unable to compute generic interference patterns due to the highly oscillatory nature of the integrals involved. Feldbrugge and I have developed a new, general algorithm which properly defines these integrals and then calculates them rapidly and accurately. We recently solved the decades old problem of gravitational lensing in wave optics, for a binary system. Most stars in the Milky Way are in gravitationally bound systems, and this calculation is likely to be tested in the coming decade. We are creating tools which we hope will be very useful both for forward prediction and, even more so, for solving the inverse problem of figuring out the lens properties, given the observations. With Kendrick Smith, I helped initiate (and am participating in, albeit in a much more limited role) the CHORD proposal for a telescope ten times larger than CHIME. A telescope ten times larger still, which is our real goal, would completely revolutionise our ability to survey the universe in real time and to use it as a laboratory for fundamental physics. 4) With my collaborators at AIMS and in Rwanda, we have suggested a highly cost-effective method to undertake mass testing for SARS-COV-2, the virus causing COVID-19 (see arXiv:2004.14934). Our approach exploits the properties of hypercubes in higher dimensions, and (at the time of writing this) outcompetes all other proposed algorithms. Our method is being trialled in Rwanda currently.