account_circle By Stephanie Keating
The CHIME team is recognized for its outstanding and groundbreaking telescope.
July 16, 2020

A team of Canadian researchers has been awarded the 2020 Governor General’s Innovation Award for designing and constructing a novel radio telescope that has already delivered spectacular results.

“We have entered what scientists call ‘the CHIME Epoch’ referring to a project called the Canadian Hydrogen Intensity Mapping Experiment, designed to measure the expansion history of our universe and to map the cosmic distribution of fast radio bursts within it and to track radio pulsars,” reads the description on the award website. “Conceived, funded, and built by Canadians, CHIME represents an innovative technological achievement as well as a major scientific undertaking that addresses some of the most profound questions facing contemporary astrophysics.”

Involving more than 50 scientists from Perimeter Institute, McGill University, University of British Columbia, University of Toronto, and the National Research Council of Canada (NRC), CHIME is the first new Canadian telescope in decades.

Nestled between the mountains of British Columbia’s Okanagan Valley at the NRC’s Dominion Radio Astrophysical Observatory, far away from interfering human-made signals, CHIME has become a powerhouse in the detection of fast radio bursts (FRBs). These bright, ultra-brief radio signals from outside our galaxy have been perplexing researchers since their discovery in 2007. In the decade after the first signal was found, only a couple dozen more were spotted.

That all changed with the commissioning of CHIME, which has already detected more than a thousand FRBs in the brief time that it has been observing.

In January 2019, shortly after the pre-commissioning phase, CHIME announced 13 new FRB detections, including a repeater. In August 2019, they announced a larger batch, including eight new repeaters. In January of this year, the location of one of those FRBs was pinpointed – the closest one to Earth found so far. And in June, they shared the detection of an FRB that repeats on a regular, predictable, periodic basis, a discovery that promises to help narrow down the potential origins of the bursts.

Its success is due in large part to software developed by Perimeter Faculty member Kendrick Smith and a team of Perimeter researchers including computational scientist Dustin Lang and PhD students Masoud Rafiei-Ravandi and Utkarsh Giri. Joint Perimeter/NRC postdoctoral researchers Simon Foreman and Meiling Deng, and PhD student Alex Roman, are involved in CHIME’s other science goals, including research into pulsars and cosmology. 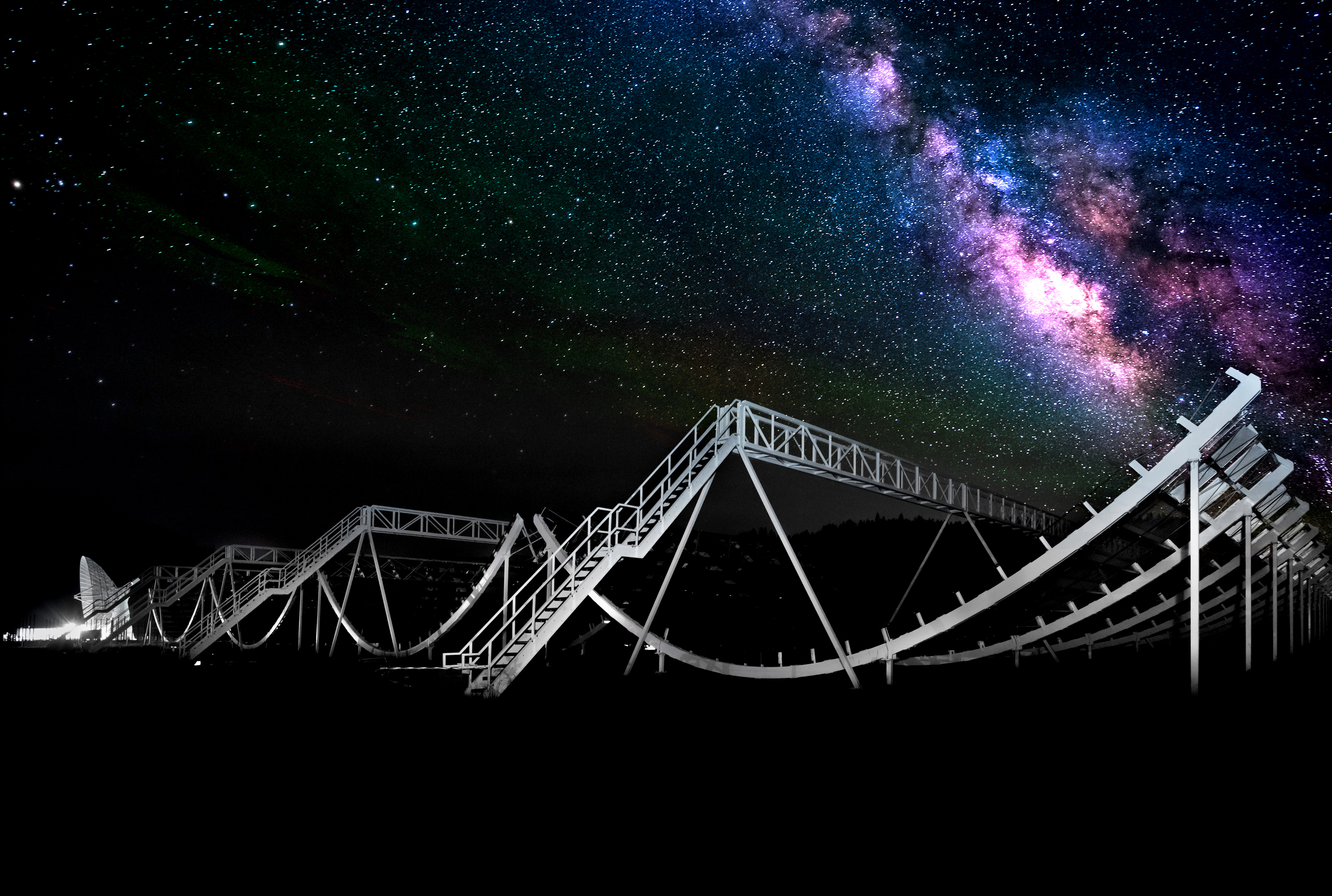 Indeed, CHIME churns out about a petabyte of data every single day — that’s 1,024 terabytes, or a million gigabytes. And it must sift through that data, as it arrives, in real time. “It’s too much to save to disk,” Smith explained.

“At Perimeter, we developed new software and algorithms which enabled CHIME to search through the data in order to find fast radio bursts, whose nature is not yet understood. Thanks in part to this work, CHIME has become the most powerful telescope in the world for finding new FRBs,” Smith said. “It’s a huge success story for Canadian astrophysics.”

“The CHIME experiment has been so successful because of our amazing team. From the most senior researchers to the graduate and even undergraduate students involved, everyone, regardless of their age or host institution or starting expertise, is engaged and involved, and making a difference in their own way,” said Victoria Kaspi, a physics professor at McGill University and leading member of the CHIME collaboration.

“It is a pleasure to be part of this endeavour and we look forward to many more years of working together. The Governor General’s Innovation Award to the team is a huge honour for every one of us,” Kaspi said.

Awarded annually since 2016, the Governor General’s Innovation Awards were created to foster a culture of innovation by recognizing outstanding and groundbreaking work by Canadians. The awards are given to individuals, teams, and organizations whose innovations are truly exceptional, transformative, and have a positive impact on quality of life in Canada. Up to six award winners each year are identified through a two-stage, merit-based selection process.

“This collaboration is all about innovation,” said Foreman, whose work will contribute to CHIME’s efforts to map the expansion rate of the universe.

“We are constantly rethinking existing approaches and developing new techniques to interpret the huge amounts of data we are collecting every day. For every one of CHIME’s scientific targets – fast radio bursts, cosmology, pulsars, the Milky Way, and others – the associated teams are working hard on infrastructure that will enable groundbreaking progress (like we’ve already seen with fast radio bursts). It’s wonderful to have the innovative nature of this work publicly recognized, especially since much of it is driven by students and junior scientists.”

Perimeter Director Robert Myers echoed that sentiment. “CHIME is a remarkable Canadian success story that is transforming our understanding of fast radio bursts, and has the potential to do much more,” Myers said. “At Perimeter, we’re proud to be contributing to that success. It’s marvellous to have the innovative work of the CHIME team recognized with this award.” 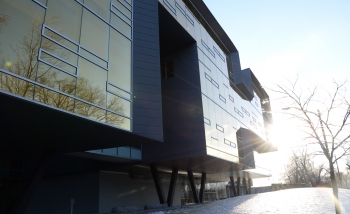 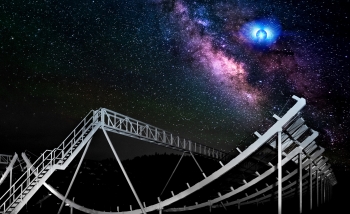