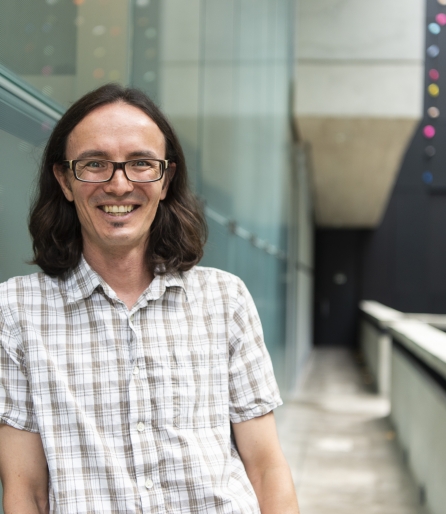 I am an astronomer/cosmologist interested in large sky surveys and the challenging statistical data-analysis tasks that accompany them. I am currently working on: - DESI, the Dark Energy Spectroscopic Survey, a newly-built 5000-fiber spectrograph that is being used to conduct the next-generation galaxy-mapping experiment for cosmology. I was deeply involved in the imaging surveys (the [DESI Imaging] Legacy Surveys, https://legacysurvey.org) that detected and measured billions of objects on the sky, from which DESI selects tens of millions for spectroscopic follow-up. Now that the survey is operating, I work with the Survey Operations team to measure and improve the operational efficiency of the survey, including tasks like deciding how to assign targets to individual fibers to maximize our science return. - CHIME/FRB, the Canadian Hydrogen Intensity Mapping Experiment's Fast Radio Burst component. We are detecting the most Fast Radio Bursts of any experiment in the world right now. It is really fun and we are uncovering new surprises every month. I work on the real-time search software that initially flags interesting signals in the data. - A number of other projects, including CFIS, ("sea-fizz"), the Canada-France Imaging Survey that is using the Canada-France-Hawai'i telescope to survey 5000 square degrees of sky in u and r bands, in support of the Euclid mission as well as for stand-alone science. More broadly, I am interested in principled data-analysis approaches, often using information theory, Markov Chain Monte Carlo, Bayesian approaches, and forward-modeling. At Perimeter, I am also a member of the Research Technology Services group (part of the Technology Services department), who are responsible for supporting Perimeter's researchers in their use of computing technology.