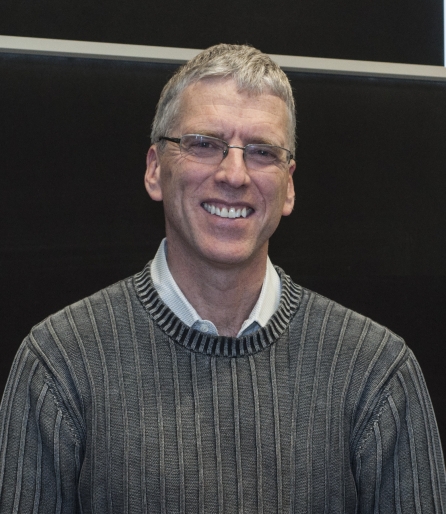 I was born in Manitoba and was raised in various places around Western Canada, Ontario and Europe. I received my B.Sc., with a joint honours in Physics and Applied Math from the University of Waterloo, and continued for doctoral work in Theoretical Particle Physics at the University of Texas in Austin under the supervision of Steven Weinberg. After doing a postdoctoral stint at the Institute for Advanced Study in Princeton, I became a professor at McGill University, ending up being appointed as a James McGill professor there in 2003. I am presently an Associate Member at PI with a joint appointment as a Professor within McMaster University's department of Physics and Astronomy. I was elected a Fellow to the Royal Society of Canada in 2008, and awarded the CAP/CRM medal for Theoretical Physics in 2010.

Potential PhD students should submit an application to the Department of Physics and Astronomy at McMaster University.

I am a high-energy particle theorist whose wild oats were sown (long ago) working in string theory, but my research interests have since broadened and taken more phenomenological and cosmological turns. At present they lie broadly at the interface between string theory and lower-energy physics, with an eye on how the ideas arising there can help with problems in particle physics and in cosmology. I am occasionally a tourist in some of those fields which are more distantly related to my own (such as condensed matter physics), and am generally interested in most of the fascinating applications of theoretical physics to the world around us. To the extent that there is a theme to my research, it would be the use of effective field theory (EFT) techniques throughout physics. These techniques permit a general understanding of the low-energy (or long-wavelength) behaviour of any physical system. They are particularly apt for our present situation in particle physics and cosmology, where it appears that the energy scale of any unknown physics beyond the relevant Standard Model is very high (or very weakly coupled). My most recent interests in this area involve how the EFTs that arise in gravitational applications often differ from the traditional Wilsonian EFTs of particle physics, and more resemble the Open EFTs used in condensed matter systems. I am exploring how this changes their domain of validity, particularly at very late times, and the extent to which this can be extended by borrowing techniques from other areas of physics.