Perimeter Institute is pleased to announce that PI Associate Member Richard Cleve is the recipient of the 2008 Canadian Association of Physicists (CAP) and Centre de recherches mathématiques (CRM) Prize in Theoretical and Mathematical Physics. The objective of the CAP-CRM Prize is to recognize research excellence in the fields of theoretical and mathematical physics done in Canada or in affiliation with a Canadian organization.

Dr. Richard Cleve was awarded this prize for his seminal contributions to quantum information science, including the structure of quantum algorithms and the foundations of quantum communication complexity.

“While Richard is an outstanding computer scientist, his contributions transcend this single area of research”, said PI Interim Scientific Director Rob Myers. “His work is at the boundary of physics, mathematics and computer science and has had a broad impact in quantum information. This prize is certainly a fitting recognition of Richard's contributions and I am happy to extend hearty congratulations to Richard on behalf of everyone at Perimeter.”

Richard Cleve received his PhD from the University of Toronto in 1989, specializing in computational complexity and cryptography. He was a postdoctoral fellow at Berkeley's International Computer Science Institute from 1988 to 1990, after which he became a faculty member in the Department of Computer Science at the University of Calgary. In 1994 he became interested in quantum information processing, and since that time he has made several contributions to quantum algorithms and information theory. In particular, he played a major role in the development of quantum communication complexity. Since August 2004, he is a Professor in the School of Computer Science at the University of Waterloo, where he holds the IQC Chair in Quantum Computing. He joined Perimeter Institute for Theoretical Physics as an Associate Member in 2005. 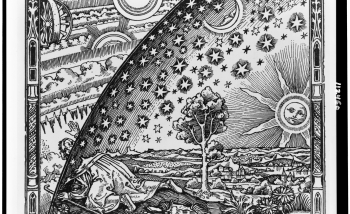