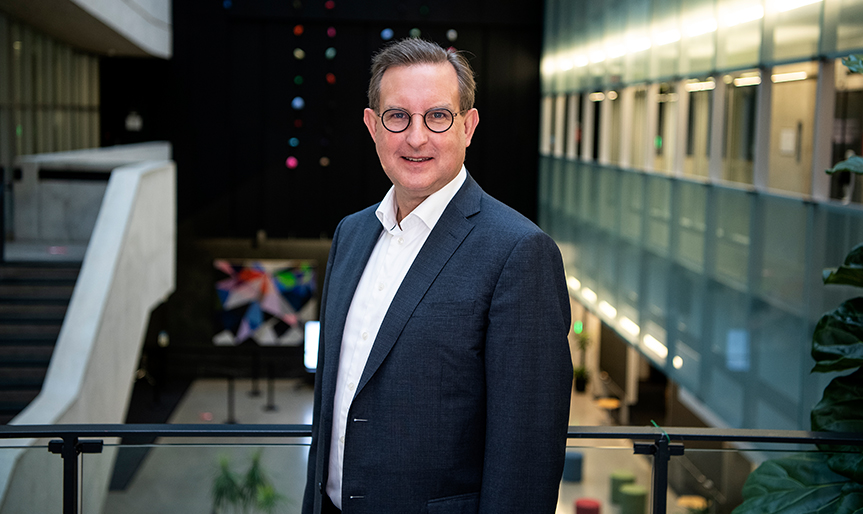 Smith brings to Perimeter a wealth of experience in both scientific research and management, most recently as Vice President at Xerox, and Centre Director of the Xerox Global Materials Research Centre.

“In my career, I’ve been most fulfilled when I was helping create something beneficial to society,” says Smith. “When I heard about the opportunity at Perimeter, it felt like a perfect fit. The Institute has achieved amazing things in its first two decades, uniting brilliant scientists and visionary partners in pursuit of fundamental research breakthroughs. I’m eager to help guide Perimeter’s ongoing journey.”

“We were looking for someone with both scientific acumen and extensive experience in management. Paul stood out in both respects,” says Mike Serbinis, Perimeter’s Board Chair. “It was clear to the search committee that he is an extraordinary leader, with obvious enthusiasm for Perimeter’s mission and a gift for building effective partnerships.”

Smith has held leadership roles in numerous organizations that bring together industry, research, and government, including the Canadian Campus for Advanced Materials and Manufacturing, the Chemical Institute of Canada, and the Natural Sciences and Engineering Research Council’s (NSERC) Committee on Research Partnerships.

“Paul understands what drives researchers — and research — forward,” says Perimeter Director Robert Myers. “He has a track record of bringing people and groups together to achieve more than they could on their own. I’m excited to work with him in taking Perimeter to new heights.”