Jean-Christian Boileau, a Ph.D student under the supervision of Raymond Laflamme at the University of Waterloo and Perimeter Institute from 2002 to 2007, has been awarded the John Brodie Memorial Award. Jean-Christian now holds the position of CQIQC Fellow at the University of Toronto. His research interests include, quantum computing, liquid-state and solid-state NMR quantum information processing, quantum cryptography and quantum error correction. He devised a new protocol to make quantum cryptography robust against collective noise and show adapted proofs of security to that case.

This award is in honour of John Brodie, one of the first postdoctoral researchers at Perimeter Institute. John obtained his doctorate in theoretical physics from Princeton University and then, after a position at the Stanford Linear Accelerator Center, he joined the fledging Perimeter Institute in 2001. During his short career, he published fifteen research papers, many of which have proven to be quite influential.  His work was notable for its breadth, ranging from nonperturbative effects in supersymmetric gauge theories to string theoretic descriptions of quantum Hall fluids and of inflationary cosmology. He was a sharp intellect, a free spirit and a gentle person.

The prize is dedicated to the creativity and independence which John Brodie showed in research. It is awarded annually to a graduate student working under the supervision of a Faculty or Associate Member at Perimeter Institute. 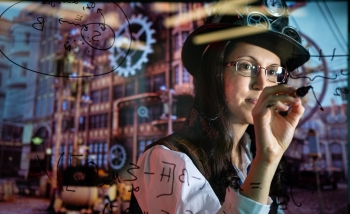