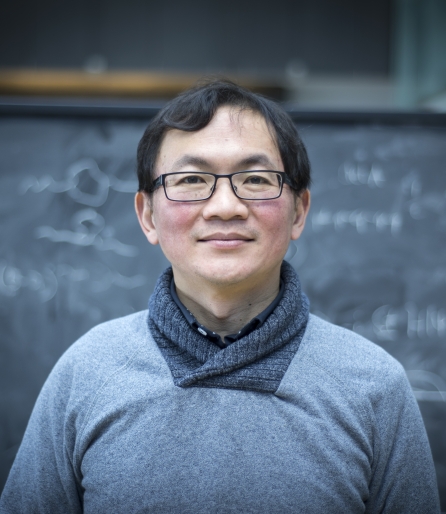 In the modern era where much of astrophysics operates in giant collaborations (e.g. CMB-S4, LIGO, EHT), my niche has been to explore short term innovative initiatives with large growth potential. 21cm cosmology is such an example, where I initiated the CHIME telescope in Canada, whose advantage in survey speed has changed the FRB field This exciting new development is leading to large samples of coherent light sources, essentially lasers at cosmological distances, which probe space-time with a strain h~10^{-26}, the most precise probe available. New theoretical developments arose, including application of Picard-Lefschetz theory to address the wave optics path integrals, represented in a series of papers with Turok, Feldbrugge, Foreman, Jow and others. Cosmological opportunity lies in the smallest scales, with discovery space due to the large number of observable modes. Recently, we developed a theory of directed angular momentum, using the signed orientation of the galaxy on the sky as classified by spiral winding in the citizen-science galaxy zoo. This opens the potential to probe early helicity and non-Gaussianity, far beyond current constraints.