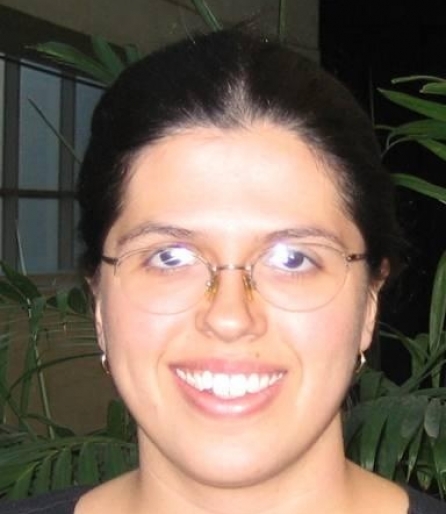 PhD students who wish to be supervised by Perimeter Institute faculty normally apply through the PSI program. To apply directly to a PhD program, students should submit an application to the Physics and Astronomy Department at the University of Waterloo.

Particle physics today faces a conundrum: We have spectacularly precise "standard model" for the building blocks of matter and their interactions and symmetries, from the first minutes after the Big Bang to today. Yet this detailed understanding has sharpened some basic puzzles. Most of the matter in the Universe and even in our own Galaxy appears to be "dark" -- interacting much more weakly with ordinary matter than any known particles. In addition, the weakness of gravity compared to other forces and the large size of the Universe defy explanation in the Standard Model, arising instead as absurdly precise fine-tunings of parameters. These puzzles teach us that for all its successes, the Standard Model is incomplete; my research aims to find new approaches to finding the missing pieces and putting them together. Below are summarized three of my specific interests: understanding the implications of Large Hadron Collider data for physics beyond the Standard Model; probing new physics very weakly coupled to ordinary matter, and exploring the symmetry properties of Nature's long-range forces, electromagnetism and gravity. The ATLAS and CMS experiments at the Large Hadron Collider are exploring particle interactions at higher energies and shorter distances than ever before. Not only have these experiments discovered the Higgs boson, the capstone of the Standard Model, but they are also searching for new physical phenomena at high energy which may help us to resolve the hierarchy problem. With collaborators, I have developed the "simplified model" approach to characterizing the results of these searches and explored new searches to find new-physics scenarios that escape more conventional missing-energy-based searches. The strong cosmological evidence for dark matter teaches us that Nature's building blocks include some unfamiliar pieces, beyond those of the Standard Model. A natural question is whether Nature also makes use of other forces beyond those we have discovered? Such new forces can generically be very weakly coupled to ordinary matter, which explains why we might not have found them yet! With Bjorken, Essig, Schuster, and Wojtsekhowski, I have found several new approaches to search systematically for such forces -- or, more precisely, for the light particles that mediate them -- using existing collider data and new fixed-target experiments. The <a href="http://hallaweb.jlab.org/experiment/APEX/">APEX</a> and <a href="https://confluence.slac.stanford.edu/display/hpsg/Heavy+Photon+Search+Experiment">HPS</a> experiments at Jefferson Lab, expected to run in the next few years, represent the state of the art of this effort. Similar techniques can be used to search for the dark matter itself, a possibility that I have explored with Izaguirre, Krnjaic, and Schuster; with the BDX collaboration, I am working to develop the first experiment to detect dark matter produced by an electron beam <a href="http://arxiv.org/abs/1406.3028">arXiv:1406.3028</a>. Symmetry properties are an one of the main theoretical tools that we use to understand Nature, and the symmetries of special relativity (Poincare symmetry) are among the most important and well-tested, underlying the classification of particles by their "spin". Yet strikingly, the spin of massless particles is not yet fully understood. In several recent papers with P. Schuster, I have explored the possibility, first observed by Wigner in 1939, that massless particles can have multiple polarization states that transform under Poincare symmetry (just as massive particles' spins do), rather than the Poincare-invariant polarization states that arise in Maxwell electromagnetism or perturbative general relativity. We have found the first field theory action for such a "continuous spin" particle (CSP) (<a href="http://arxiv.org/abs/1404.0675">arXiv:1404.0675</a>), as well as its generation to two-dimensional space. We have also found a consistent scattering matrix element for emission or absorption of CSPs, which in fact reproduces familiar massless-particle emission/absorption amplitudes in an appropriate limit. This suggests the possibility that massless "continuous-spin" particles could consistently mediate long-range forces. The ultimate goal of this work is to learn whether "continuous spin" generalizations of electromagnetism and gravity are theoretically consistent, and if they are, how they can be tested experimentally and what implications they may have for physics at long distances.