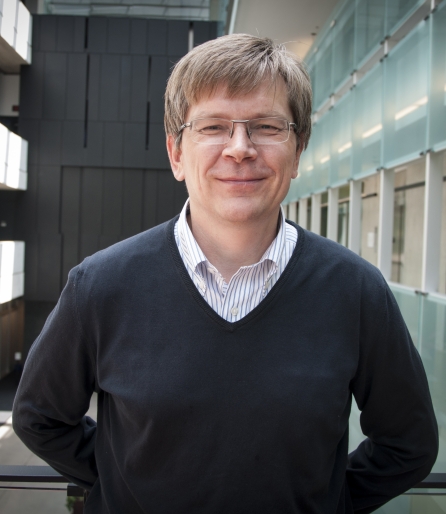 My interests include particle physics and cosmology, broadly defined. I am working on a variety of topics including the Higgs mechanism, and its origin, physics beyond the Standard Model and its possible observational consequences, physics of the Early Universe including baryogenesis, primordial nucleosynthesis, dark matter and the CMB. I find the 21cm physics in cosmology to be a promising avenue for the future. The absence of new physics (thus far!) at the LHC, and the value for the Higgs mass may be pointing to new physics at the multi-TeV energy range. Throughout my career, I have been interested in a variety of ways one can probe these tremendously high energy scales. Given the absence of direct experimental ways of accessing these scale, the indirect precision measurements become a very important tool. I have been working on particle theories (models and calculations) related to electric dipole moments, flavour and neutrino physics. In the last few years I was actively working on Big Bang Nucleosynthesis, and the so-called lithium problem - the discrepancy between theoretically determined and observationally inferred amount of primordial lithium isotopes. I have suggested a variety of new mechanisms that can ameliorate this problem. Following the discovery of the Higgs boson, it is important to quantitatively understand its properties. I have shown that the absence of low-energy CP violation already imposes strong restrictions on the CP properties of the newly discovered boson. The origin of dark matter in the Universe remains a serious mystery. I am interested in many theoretical ideas related to dark matter: particle dark matter in the form of WIMPs and super-WIMPs, as well as ultra-light dark matter in the form of axions and other light fields. I have suggested several original models along these lines, and more importantly suggested new signatures for possible searches of dark matter. A new and rapidly developing subject in particle physics is the search of new phenomena at the "intensity frontier", including searches of meV-GeV mass particles with very small couplings. These particles may be "friends" of dark matter, mediating its interaction with the Standard Model. I have written some of the first original papers in this direction, and have suggested a number of new experimental probes of light weakly coupled particles. A lot of interesting developments in the recent years have been driven by"anomalies", i.e. tensions between certain experimental results and their theoretical explanations. I am very interested in the particular anomalies associated with the muon physics - the famous g-2 anomaly, and more recently the surprisingly discrepant measurement on the muonic hydrogen Lamb shift. The latter is universally referred to as the "proton radius puzzle". I find that there is more room for additional experiments involving muons, and I have suggested several of new tests. On the "wilder" side of things, I maintain interest in the possible breaking of Lorentz invariance (either by the short-distance quantum gravity effects or by the background field configurations). I have suggested several mechanisms for protecting Standard Model sector from excessively large Lorentz violation generated at short distances.