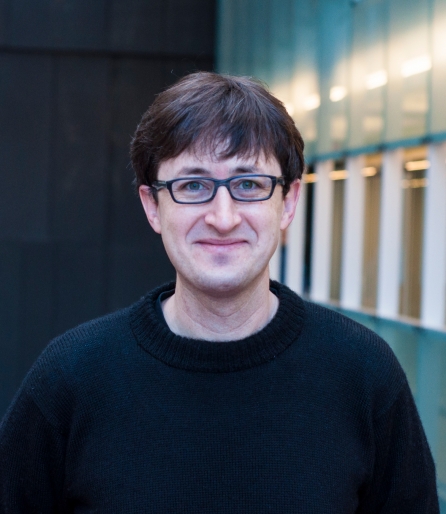 I am interested in a variety of different topics including cosmology, particle physics, gravitational waves, black holes, and mathematical physics. Several topics particularly close to my heart have formed a running theme in my research in recent years: 1) I would like to understand where the unexplained structures and patterns in the standard model of particle physics come from. See my paper on "The Standard Model, the Exceptional Jordan Algebra, and Triality" (arxiv.org/abs/2006.16265), the talks from the recent conference I organized on "Octonions and the Standard Model" (https://pirsa.org/C21001), or this recent New Scientist article for a popular introduction: https://www.newscientist.com/article/0-octonions-the-strange-maths-that-could-unite-the-laws-of-nature/ 2) The early universe was remarkably simple and symmetrical. What is the correct explanation? In 2018, my collaborators and I proposed a new cosmological model, the "CPT-Symmetric Universe," in which the universe before the bang is the CPT mirror image of the universe after the bang. In a series of papers (arxiv.org/abs/1803.08928, arxiv.org/abs/1803.08930, arxiv.org/abs/2109.06204, arxiv.org/abs/2110.06258, arxiv.org/abs/2201.07279, arxiv.org/abs/2208.10396), we have argued that this idea -- essentially that the Big Bang is a kind of mirror -- makes a number of observable predictions, and provides elegant new explanations for many of the observed properties of our universe. These explanations are rigid and inflexible (bad qualities for humans, but good qualities for scientific theories!). For an introduction, see our original paper "CPT-Symmetric Universe" in Physical Review Letters (arxiv.org/abs/1803.08928), or e.g. this Live Science article for a popular introduction: https://www.livescience.com/truth-behind-nasa-mirror-parallel-universe.html 3) I am fascinated by self-similar quasiperiodic tilings -- like Penrose tiling (and its less-well-known decoration by "Ammann lines") -- both because of their mathematical beauty, and because of their connections to physics, e.g. as a new tool for discretizing scale-invariant physical systems: see our paper "Conformal Quasicrystals and Holography" in Physical Review X (arxiv.org/abs/1805.02665). To find and better understand all analogous patterns (in two dimensions or higher), I have developed a perspective in which these patterns originate from special pairs of reflection groups (which I call "Coxeter pairs"). An initial version of this story is described in my paper "Coxeter Pairs, Ammann Patterns and Penrose-like Tilings" (arxiv.org/abs/1608.08215, which also includes many figures displaying all of the 2D patterns and tilings), and a more complete version will be described in a forthcoming paper.