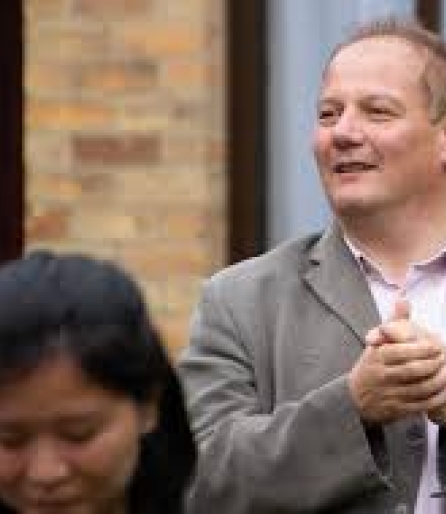 My research currently covers quantum foundations and quantum information science, the intriguing interplay between them, and experimental tests of foundational ideas and cryptographic proposals. I have for some time been investigating the combined power of the relativistic no-signaling principle and quantum information for quantum cryptographic tasks. This has lately led to the invention of several new protocols, including some for completely new and intrinsically relativistic tasks. It has also led to a previously unappreciated feature of relativistic quantum theory, the so-called no-summoning theorem, which has powerful applications in quantum cryptography, including unconditionally secure and practical protocols for the key cryptographic primitive of bit commitment. Other recent results include (1) (with Munro, Spiller) the invention of the task of quantum tagging (i.e. authenticating the position of a remote object using quantum information and the no-signaling principle), showing that some protocols for this task proposed by others are insecure, and (2) showing that the task can be securely implemented by a tag that contains secret classical data; (3) (with Colbeck) the invention of quantum randomness expansion schemes, which allow a user who has a finite supply of secret random numbers to generate more using a quantum device, even though that device is purchased from an adversary who is not trusted; also the observation of a subtle flaw in another published scheme for this task; (4) the invention of an intrinsically relativistic task, location-oblivious data transfer -- which allows the transfer of data at a variable location in space-time, which is concealed from the transferrer --and of secure protocols for this task. In quantum foundations, I have recently proposed a Lorentz invariant solution to the quantum reality problem. That is, a precise mathematical characterisation of a sample space of histories for a closed quantum system (in principle, the universe) to which quantum probabilities apply, that is defined in a Lorentz invariant way, that is unique (i.e. it defines a one world theory rather than a many worlds theory), and that (as far as we can test) describes the sort of quasiclassical reality we actually observe and do experiments on. The point of this is to give a new way of thinking about quantum theory, that applies to cosmology, and is purely algorithmic -- so that in principle we could program a computer to start from the theory and make precise (probabilistic) predictions of everything that will happen throughout space and time. This work also gives a large class of generalisations of quantum theory that make testably distinct predictions and, intriguingly although more tentatively, a new way of thinking about the unification of quantum theory and gravity. I have also been working on new tests of quantum theory and the nonlocality of the gravitational field (one of which was recently carried out by the Geneva group), and on natural -- i.e. well motivated and precisely defined -- alternatives to quantum theory which motivate such tests. On another experimental frontier, I'm one of a group of people at IQC, PI and elsewhere, led by Thomas Jennewein at IQC, who have been collaborating to put together experimental ideas for a proposal to the Canadian Space Agency for new satellite-based quantum experiments and quantum crytographic implementations.