Keep calm and carry on researching

account_circle By Tenille Bonoguore
Emmy Noether Fellow Sarah Shandera finds the best response to lingering inequality in science is to ditch the anger and funnel that energy into her work.
October 19, 2015

Energy can neither be created nor destroyed, but it can, Sarah Shandera has discovered, be wasted.

As a woman in what is largely a male game, the theoretical physicist has been spoken over, condescended to, ignored, vastly outnumbered, and burdened with a responsibility to represent all women.

That’s not the whole story, she’s quick to point out. She has received a lot of encouragement along the way, too. But when faced with the field’s lingering inequality, the researcher finds herself with two options: get angry, or get busy.

“For women, there’s often a small sense you don’t belong. And that’s stupid, because it’s a drain on your resources and you’d do better physics if you didn’t have that drain,” she says. 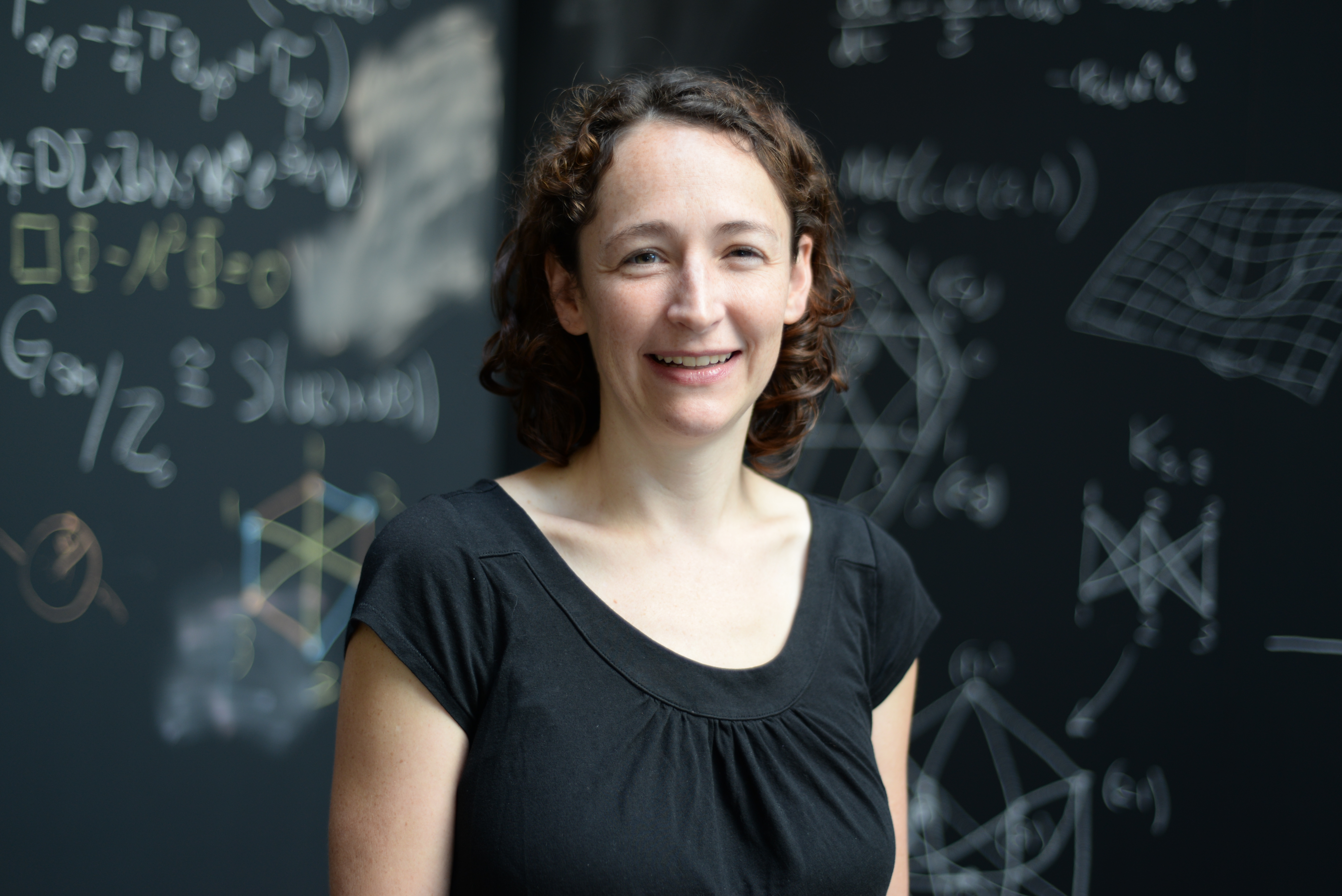 Shandera is back at Perimeter for her second time. After working as a postdoc at the Institute from 2009 to 2011, she has returned as an Emmy Noether Visiting Fellow, taking a semester’s break from her assistant professor duties at Penn State University.

Like many of the women slowly evening the scales of physics participation, Shandera is a success. But it has taken her a while to feel like one. While many of her colleagues hail from academic families, or attended extremely good schools in major cities, Shandera is from Montana, with no family history in academia.

Her parents were always supportive of her educational aspirations, but as a teen she faced backlash from others simply for liking math. “Some people thought that women just weren’t supposed to be doing the things that I was doing,” she says.

This was the girl-power 1990s, though, and she worked hard to defy the doubters. Math led to physics, and, at the University of Arizona, a mentor guided her towards grad school.

That’s when she found cosmology. The field was mathematically challenging but constrained by data, a tension she found appealing. Today, she studies the primordial era of the universe and the theory of inflation.

“The interesting part for me is helping test our theory with observations. I’m interested in the theory, but then you have to do numerical work to turn it into predictions for galaxies, and then look at actual data,” she says.

Wanting to explore some new ideas in the field, Shandera applied for an Emmy Noether Visiting Fellowship, a program that brings early- and mid-career scientists to Perimeter for research and collaboration.

Shortly after applying, she found out she was pregnant. What could have been a stumbling block elsewhere was a mere detail change at Perimeter.

The Institute arranged for family accommodation and daycare for her 15-month-old daughter. Her husband, physicist Louis Leblond, was awarded a fellowship by Penn State to develop online physics courses, which he’s doing alongside her in Waterloo.

To say she’s making the most of it is an understatement. Shandera is “gorging on new ideas,” hoping to finish her visit with completely new projects to pursue.

It’s an energizing time to be a cosmologist. Some of the world’s most complex experiments – the Sloan Digital Sky Survey, the South Pole Telescope, the Event Horizon Telescope and more – are pulling data from the greatest depths of the universe.

But more than that, other specialties, such as particle physics and numerical physics, are coming up with ideas and tools that could help cosmologists solve some of their most vexing puzzles: the veracity of inflation, the composition of dark energy, the nature of black holes. “There are a lot of people here with interesting ideas in a lot of those directions,” Shandera says.

That’s why she feels Emmy Noether Visiting Fellowships and programs like it are so valuable to physics. “Science is a very social thing. Belonging is really important. You get so much stuff done, other people are excited, and you learn things,” she says.

As a teacher and mentor, she not only shares her physics knowledge. She works hard to deconstruct the “mystique of the lone genius” and show that anyone willing to work hard has a shot at physics success, regardless of gender or background.

“When you see other people make it, you feel less this weight of people saying women can’t do it. It helps remove this drain on your resources,” she says. “Here I am. I worked hard. You can do it too.”

Funders of these efforts become members of the Emmy Noether Circle, and are recognized as champions of women in science.

To find out more about Emmy Noether Visiting Fellowships, and to apply.
For more information about the Emmy Noether Council, which provides expertise a…