account_circle By Mike Brown
The theoretical cosmologist and acclaimed author of The End of Everything will join Perimeter in June 2022.
December 7, 2021

Perimeter Institute is pleased to announce that theoretical cosmologist Katherine (Katie) Mack is joining the Institute as the inaugural Hawking Chair in Cosmology and Science Communication.

“Her unique talents will allow her to make important contributions in all facets of Perimeter – not only as a terrific researcher, but also as a gifted science communicator who builds bridges between scientists and the wider world.”

Mack will move to Perimeter full-time in June 2022. She previously spent nearly six months at Perimeter as a Simons Emmy Noether Fellow in 2020 and has held a Visiting Fellow position since March 2021.

“Perimeter is one of the most exciting places I’ve ever been as a physicist,” says Mack. “It’s an amazingly stimulating community of researchers and there’s so much going on in public engagement and science communication as well. I feel like it’s the place where I can really explore all of my passions.”

Mack’s research concerns the physics of the universe from beginning to end, including topics such as dark matter, black holes, fast radio bursts, and the formation of the first galaxies.

She obtained her PhD from Princeton University in 2009, under the supervision of Paul Steinhardt (who holds a Perimeter Distinguished Visiting Research Chair), before postdoctoral fellowships at the University of Cambridge and University of Melbourne. She became an Assistant Professor of Physics at North Carolina State University in 2018, where she is a member of the university’s Leadership in Public Science Cluster.

Throughout her career, she has also placed an emphasis on sharing science with the broader public. As @AstroKatie, she has amassed a following of more than 400,000 on Twitter. Her popular writing has appeared in major publications including Scientific American, Slate, Sky & Telescope, and Cosmos.

In 2020, she released her first book, The End of Everything (Astrophysically Speaking), which examines five ways the universe could end and the mind-blowing lessons each scenario reveals about the most important concepts in cosmology. It was named a New York Times Notable Book of 2020, among many other accolades, and continues a storied tradition of science communication of which Hawking himself is perhaps the most known example.

“Stephen Hawking was the first person I ever knew who was called a cosmologist and he was one of my biggest inspirations in pursuing a career in cosmology,” says Mack, who first met her chair’s namesake at a talk she attended as a young girl. “It’s such an honour to become the Hawking Chair. He once described Perimeter as a ‘grand experiment in theoretical physics’ and I am thrilled to be part of that experiment.”

Watch a conversation on “the end of everything” with Katie Mack
Quanta Magazine: “This Cosmologist Knows How It’s All Going to End”
Cosmology
Faculty
Stephen Hawking 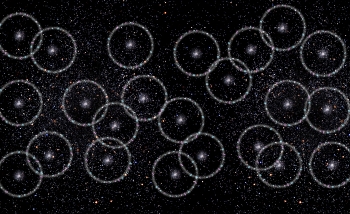