For a kid growing up in Waterloo region with an interest in physics, it’s nearly impossible not to hear about Perimeter’s International Summer School for Young Physicists (ISSYP).

Benjamin Dobozy was just such a child. He heard about the program around the same time he got interested in physics. His friend’s father, an engineer, volunteered with the annual ISSYP astronomy night. Dobozy knew right away that he wanted to be a part of the experience. “I was like, ‘When I get old enough, I’m going to apply to that,’” he recalled.

This summer, Dobozy fulfilled his childhood dream. After completing Grade 12 at Kitchener-Waterloo Collegiate and Vocational School, he was selected as one of 40 students in this year’s ISSYP cohort.

The annual summer school invites high school students from across the globe to visit Perimeter for two weeks. Half of the students hail from across Canada, while the other 20 are international: this year, the students represented 18 countries. Gender parity is another program hallmark, with an even split between young women and men. 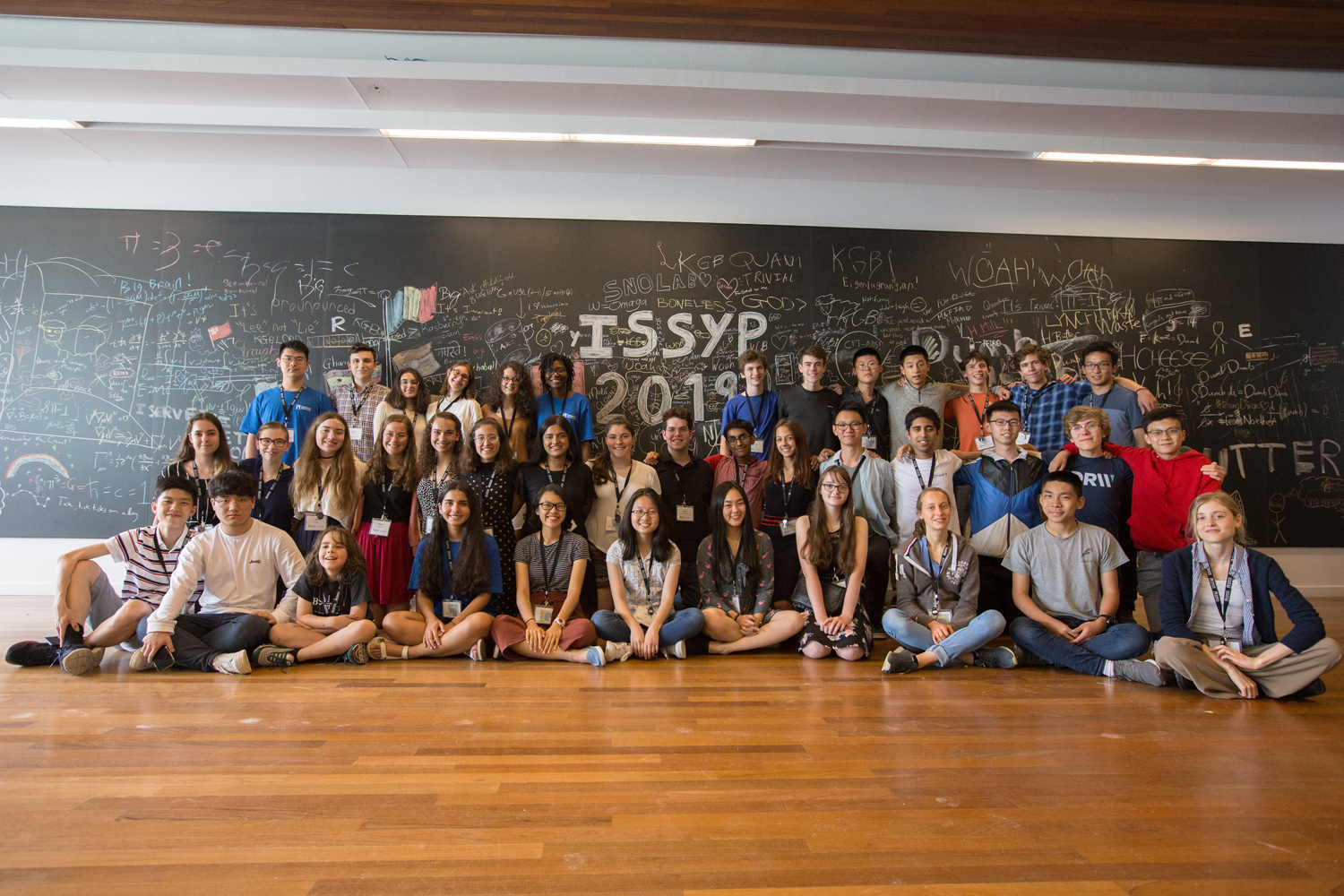 “I believe that the collaboration between international students is something that is very enriching,” said Pedro Henrique Teixeira Tavares, a 17-year-old from São Paolo, Brazil. “Some of the people that I met here are probably going to work in the future of physics, are probably going to do research with me.”

For many of the participants, ISSYP marks the first time they are surrounded by peers who share their passion for science.

“It’s like you’re seeing copies of yourself,” explained Vennisa Owusu-Barfi, from Accra, Ghana. “Because you hadn’t ever met any person like you, you’d think, ‘Oh, you’re one in a billion.’ But then you come here and you see that other people, too, are very similar to you.”

Taylor Walters, who is going into Grade 12 at Frances Kelsey Secondary School in Mill Bay, British Columbia, echoed that sentiment. “I don’t share a common passion for this with my peers back home,” she said. “It’s always been kind of an independent thing for me.”

But collaboration and teamwork are integral at ISSYP, much as they are in physics research communities. And that is part of the program’s power, and its appeal. “It was so awesome to communicate with people who had their own ideas, and then I had my ideas, which were equally heard,” Walters said. “Together, those ideas became better and really helped us solve the problem. The whole process was really rewarding.”

For the first week, students attend lectures on topics including quantum mechanics, relativity, and cosmology. The next week, they break off into small group sessions to tackle current topics with a physics mentor. Lessons are interspersed with social activities, reflect and review sessions, and field trips to places including Niagara Falls and SNOLAB in Sudbury.

The voyage to SNOLAB is a perennial favourite. The group suits up in full mining gear and ventures two kilometres underground to learn firsthand about neutrino and dark matter experiments housed at the site of the former Sudbury Neutrino Observatory, home to the 2015 Nobel Prize in Physics.

“I had never been underground – not that far, at least – and seeing how the experiments that are trying to discover dark matter are being realized is fantastic,” said Teixeira Tavares.

Also appreciated is the ample opportunity that the program provides to interact with world-class researchers. At the “Life as a Physicist” panel, physicists from undergraduate to tenured faculty were on hand to chat about the process of searching for answers to the universe’s deepest questions.

“They taught us how to be patient when you try and solve a problem and the answer doesn’t seem to be coming,” Owusu-Barfi said. “It can be very frustrating.”

Still, persevering and pushing through the frustration can lead to rewarding breakthroughs. “There are so many problems that you could explore in physics,” said Owusu-Barfi. “And, when you solve a problem, you never know – a hundred years later, it could benefit someone.” 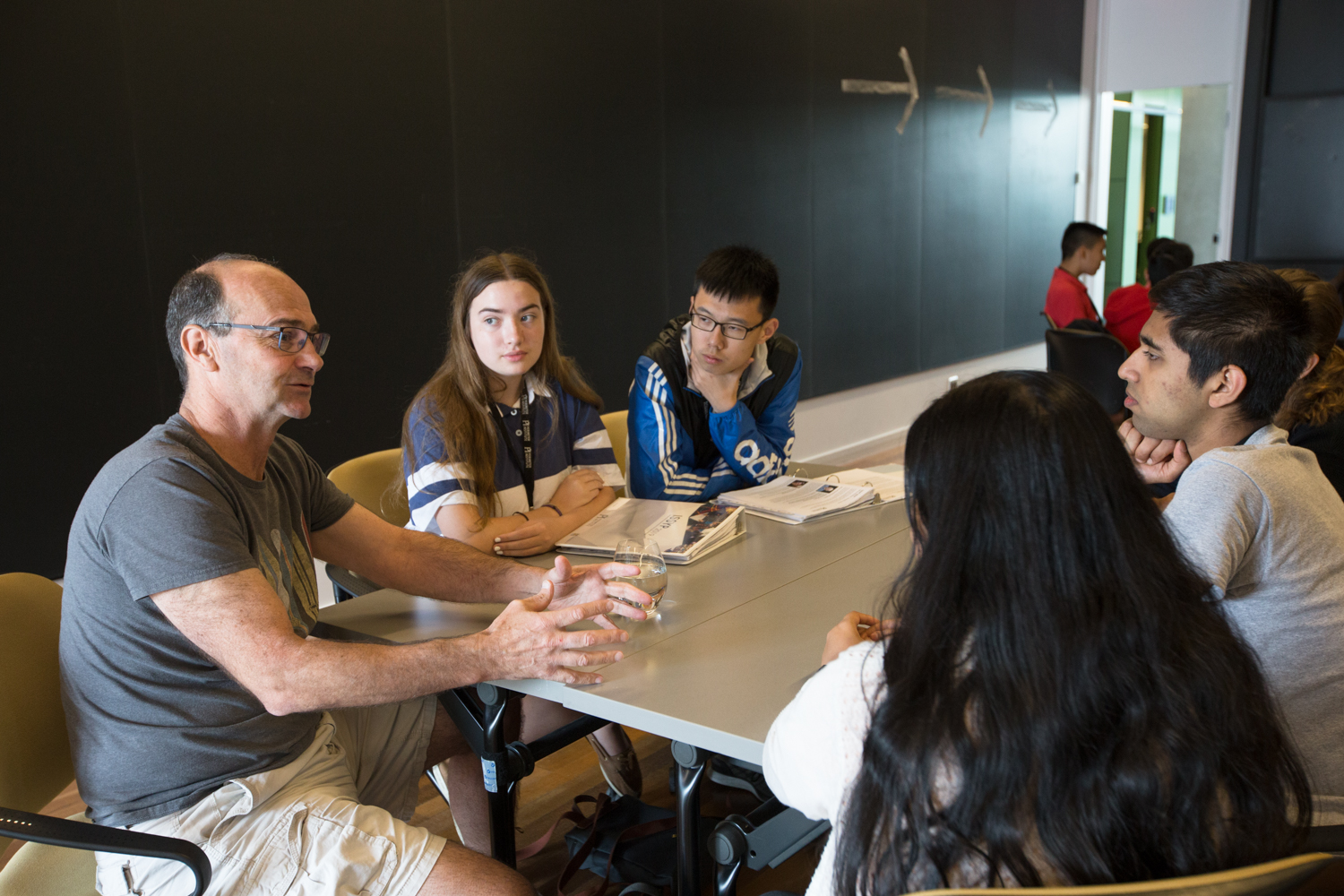 For many of the participants, ISSYP happens at a critical juncture: right before they head off to university.

After he finishes high school, Teixeira Tavares intends to apply to universities in Canada and the US. His experience at ISSYP has cemented his plan to pursue academia. “The experience here made me realize that it’s exactly what I want to do,” he said.

Walters has realized that it just might be possible to forge her own path, one that encompasses her interests in physics, cognitive science, and computer science. Before ISSYP, such a goal seemed unrealistic. Discussions with Perimeter researchers, many of whom rely on interdisciplinary techniques, opened her eyes to new prospects.

“I definitely think that finding my own intersection of my passions is really what’s going to drive me forward,” she said.

For Dobozy, ISSYP allowed him to test-drive the life of a physics student. “It’s really made me think: ‘Is this what I want to do with my life?’ And, yeah – as far as I know, I do.”

And how did the experience hold up for someone who had been dreaming of attending the summer school for years? “It’s everything I thought it would be,” said Dobozy. “It’s awesome.”

RBC Foundation is the Presenting Partner of ISSYP.

A Solution to the Stable Marriage Problem

Mapping the Universe with eBOSS