account_circle By Colin Hunter
Perimeter Board Chair Michael Serbinis shares his thoughts on the importance of building a 21st-century innovation economy in an opinion piece in the Calgary Herald.
November 2, 2021

The time has come for humble Canada to embrace its strengths. Michael Serbinis, entrepreneur and chair of Perimeter Institute’s Board of Directors, believes Canada “punches significantly above its weight” in science and technology – and that, with the right investments in fundamental science research, we can accelerate that trend.

“We Canadians have a reputation for quiet humility, quick to apologize and reluctant to boast,” Serbinis writes in an op-ed published in the Calgary Herald. “Well, I am a Canadian entrepreneur who got his start in Silicon Valley, and I am now going to boast about Canada. And I’m not sorry.”

Serbinis, who worked alongside Elon Musk at Zip2, has extensive experience leveraging technology to build platforms across several industries. He founded and helped build Kobo, Critical Path, and DocSpace. Serbinis is currently CEO and founder of League, a technology-focused health company powering the digital transformation of healthcare.

In the October 28 opinion piece, Serbinis describes how the critical mass of innovation capital drew him back to Canada after spending years in California: “Canada is a magnet for very smart people, and that is turning the country into a powerhouse for science and tech.”

The piece was inspired by the 2021 CBRE Tech Talent Report, which shows that two of the top three cities in North America for “brain gain” are Canadian.

“Pioneering science and tech will be the resources that increasingly drive Canada’s economy through the 21st century,” writes Serbinis.

Read the whole op-ed in the Calgary Herald. 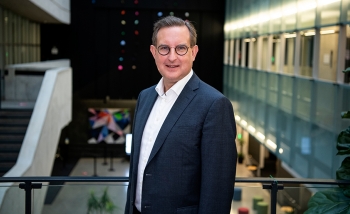