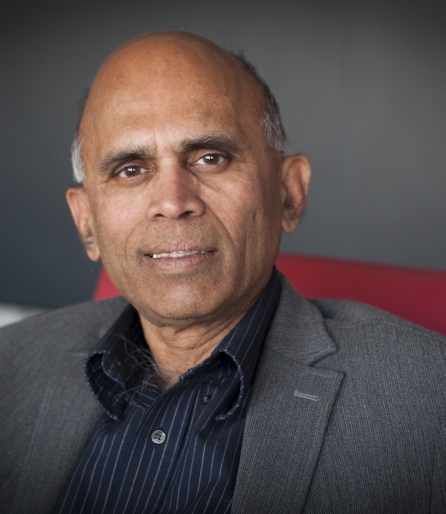 G Baskaran is an Emeritus Professor at the Institute of Mathematical Sciences, Chennai, India, where he recently founded the Quantum Science Centre. He has made important contributions to the field of strongly correlated quantum matter. His primary research focus is novel emergent quantum phenomena in matter, including biological ones. He is well known for his contributions to the theory of high temeperature superconductivity and for discovering emergent gauge fields in strongly correlated electron systems. He predicted p-wave superconductivity in Sr2RuO4, a system believed to support Majorana fermion mode, which is a popular qubit for topological quantum computation. In recent work, he predicted room temperature superconductivity in optimally doped graphene. From 1976 to 2006, Dr. Baskaran contributed substantially to the Abdus Salam International Centre for Theoretical Physics in Trieste, Italy. He is a past recipient of the S. S. Bhatnagar Award from the Indian Council of Scientific and Industrial Research (1990), the Alfred Kasler ICTP Prize (1983), Fellowships of the Indian Academy of Sciences (1988), the Indian National Science Academy (1991) and the Third World Academy of Sciences (2008), and the Distinguished Alumni Award of the Indian Institute of Science, Bangalore (2008).

Past PI Talks:
A list of talks by Prof. Baskaran can be found here.