Perimeter Director Neil Turok warmly welcomed the new Associates. “These new appointments represent a major strengthening of the Institute’s efforts in cosmology and in mathematics. Both are critically important avenues through which new insights into fundamental physics are being gained,” he said.

“All the direct observational evidence we have on physics beyond the Standard Model and Einstein’s theory of gravity comes from cosmology – for example, on dark matter, dark energy, and the nature of the big bang. Will Percival is a world-leader in learning about fundamental physics from galaxy surveys, an area poised for major progress.

“Similarly, the new theoretical frameworks we now urgently need in order to connect quantum theory with gravity and the other forces of nature will require new mathematical frameworks and tools. Matilde Marcolli and Ben Webster are two of the most creative young mathematicians alive, working on areas which connect closely to theoretical physics. Their presence will ensure that Perimeter is a hotbed for brilliant mathematical thinking at the leading edge of physics.”

Marcolli’s eclectic research interests span mathematics, physics, and computational linguistics. She already had ties with Perimeter, as a Distinguished Visiting Research Chair (DVRC). Indeed, her latest book, Noncommutative Cosmology, is based on discussions and collaborations she had with Perimeter researchers during her DVRC visits.

But her decision to move north of the border was motivated by more than research; she was also growing increasingly concerned about rising anti-science politics and sentiment in the US.

“At present, it just feels great to be able to work and focus on science without having to keep worrying about that kind of threat: it is a privilege that people too easily give for granted,” Marcolli said.

As for Webster, whose studies and research in pure mathematics always seemed to cross into physics at some point, this appointment takes that overlap to a new level. His work seeks connections between representation theory, mathematical physics, geometry, and topology.

For the past decade, his focus has been on the mathematics of a particular quantum field theory that can be described using two different objects, or kinds of algebras. “Understanding the mathematical relationship between those is a very difficult and strange question,” he said.

“There are also people here, like Davide [Gaiotto], who are also thinking about the same kinds of things, but from a physics perspective.”

As an Associate, Webster has the chance to work alongside mathematical physicists at Perimeter – including Kevin Costello and Gaiotto – and to collaborate with Perimeter partners around the world.

Collaborating with theoretical physicists will involve a steep learning curve, but he hopes it will open up a rich, shared expanse to explore.

“For me intellectually, having the opportunity to come to PI was a big, big plus. Having the community of people here, coming from mathematics, it’s a very unique resource. The visitors, the ability to have conferences, the whole structure – it’s a really unique thing from my perspective.”

ALL EYES ON THE SKY

Will Percival also got his start in mathematics, and went to work in industry before realizing he wanted to pursue research that was part of a bigger picture than his day job presented.

So he chose the biggest picture of all: exploring the universe at the largest scales. Now, Percival works at the interface between observational and theoretical astrophysics and cosmology, with a particular interest in galaxy surveys, and is a senior member of the eBOSS, DESI, and Euclid experiments.

He has accepted two positions in Waterloo: as the holder of a new research Chair at the University of Waterloo and as Associate Faculty at Perimeter. He plans to build a UW research group rooted in the strengths of each institute.

“In cosmology, there are some really big questions that we don’t know the answers to,” he said.

For example, why does the universe appear to be expanding at an accelerated rate, when the attractive force of gravity indicates it should, in theory, be decelerating? “There’s a large number of experiments that are coming online that will get some great data to test the theories of that accelerated expansion. [DESI and Euclid] are both experiments that will make measurements that are, more than a factor of 10, better than we have at the moment. They’re going to provide data that will really be a game-changer.”

But observational measurements are only effective if there are good theories to test. “To complement a good observational group, you need a good theoretical group,” Percival said frankly. “Having the association between the new group at UW and the expertise available at Perimeter will be awesome.” 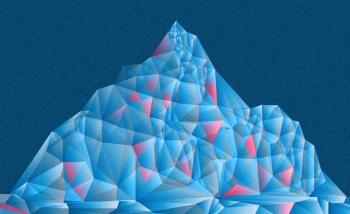 Symmetry may never be the same 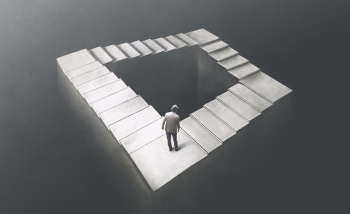