"Perimeter Institute is thrilled that two of its researchers have today been recognised with these major international awards,” said Neil Turok, Director of Perimeter Institute. “Stephen’s path-breaking discoveries about the quantum properties of black holes set the agenda for much of fundamental physics and cosmology over the past three decades. Davide’s discoveries about quantum fields are likewise opening the way to more powerful mathematical descriptions of particles and forces in the universe.”

Widely regarded as one of the world’s most brilliant young quantum field theorists, Davide Gaiotto joined Perimeter Institute in May 2012 to take up the new Galileo Chair. He received his PhD from Princeton University in 2004 before becoming a postdoctoral fellow at Harvard from 2004 to 2007, and a long-term Member at the Institute for Advanced Study in Princeton from 2007 to 2011. Gaiotto has achieved important conceptual advances in our understanding of the behaviour of strongly coupled quantum fields, within a unified framework known as supersymmetry. He was also awarded the 2011 Gribov Medal of the European Physical Society. More

Stephen Hawking joined Perimeter Institute as a Distinguished Visiting Research Chair in 2009. Professor Hawking held the post of Lucasian Professor of Mathematics at the Department of Applied Mathematics and Theoretical Physics at Cambridge. He has published three popular books: his bestseller A Brief History of Time, as well as Black Holes and Baby Universes and Other Essays and most recently, in 2001, The Universe in a Nutshell. Professor Hawking has twelve honorary degrees, was awarded the CBE in 1982, and was made a Companion of Honour in 1989. He is the recipient of many awards, medals and prizes and is a Fellow of The Royal Society and a Member of the US National Academy of Sciences. More

ABOUT THE FUNDAMENTAL PHYSICS PRIZE FOUNDATION

The Fundamental Physics Prize Foundation is a not-for-profit corporation established by the Milner Foundation and dedicated to advancing our knowledge of the Universe at the deepest level by awarding annual prizes for scientific breakthroughs, as well as communicating the excitement of fundamental physics to the public. Two categories of prizes are awarded for achievements in the field of fundamental physics: the Fundamental Physics Prize recognizes transformative advances in the field, while the New Horizons in Physics Prizes are targeted at promising junior researchers. 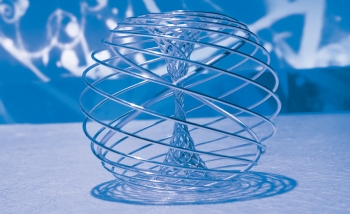