account_circle By Tenille Bonoguore
For the third time in the award’s three years, Perimeter researchers have won two of the three Buchalter Cosmology Prizes on offer.
December 18, 2017

In something of a cosmology double-hat-trick, Perimeter Institute researchers have won two awards in the Buchalter Cosmology Prize. It’s the third time since the prize’s launch three years ago that Perimeter has been a double finalist.

First place in the 2016 Buchalter Cosmology Prize, and the $10,000 prize money, went to Nima Khosravi, of Shahid Beheshti University in Iran.

Associate Faculty member Cliff Burgess shared the $2,500 third prize with his co-authors Richard Holman, Gianmassimo Tasinato, and Matthew Williams (a former Perimeter PhD student who is now at the University of Leuven) for the paper “EFT beyond the horizon: Stochastic inflation and how primordial quantum fluctuations go classical.”

Presented at the annual meeting of the American Astronomical Society, the Buchalters honour “new ideas or discoveries that have the potential to produce a breakthrough advance in our understanding of the origin, structure, and evolution of the universe.”

“The 2016 prize winners are bold thinkers who have put forth innovative ideas that could lead to breakthrough advances in our understanding of the universe,” said Ari Buchalter, the astrophysicist-turned-entrepreneur who started the prize in 2014.

The inaugural award went to Perimeter Faculty member Lee Smolin and his collaborator Marina Cortês for their paper “The universe as a process of unique events.” That year, Perimeter researchers Matthew Johnson and Luis Lehner shared third prize with their co-authors.

With this year’s win, Nelson now has two Buchalter prizes to his name. The judges said Nelson’s work was “an important step in connecting the inflationary paradigm to the observable universe, quantifying a particular mechanism by which initial quantum fluctuations entangle with each other, or decohere, to produce the primordial inhomogeneities we observe in the early universe.” 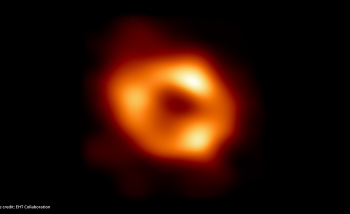