Three exceptional young researchers are set to join the faculty of Perimeter Institute, where they will bring new expertise to efforts to better understand, and one day exploit, quantum effects and condensed matter.

Beni Yoshida – a former Perimeter postdoctoral researcher and “It from Qubit” Simons Fellow – is already at Perimeter. He will be joined in spring 2018 by Timothy Hsieh, currently a Gordon and Betty Moore Fellow and associate specialist at the Kavli Institute for Theoretical Physics, and Yin-Chen He, a Gordon and Betty Moore Fellow at Harvard University.

All three study various aspects of condensed matter, which is being widely pursued as a solution to many challenges, from computing limits to efficient energy transmission. Together, they will lead the Institute’s new Quantum Matter Initiative.

Perimeter Director Neil Turok described the appointments as a coup for the Institute, providing a leap forward in condensed matter research, one of the fastest-growing areas of physics today.

“Quantum materials are expected to enable entirely new technologies with a host of potential applications,” Turok said. “With three exceptional young theorists joining our faculty, each bringing complementary skills and insights, Perimeter is preparing to engage with and support these exciting developments.”

Yoshida studied and worked at MIT, and Caltech before coming to Perimeter in 2015. A specialist in quantum information theory, condensed matter, and black holes, his current work focuses on topological orders and quantum chaos.

For Yoshida, the transition from postdoctoral fellow to faculty member promises exciting potential not just for his research but also for future collaborations. His research lies between three fields – quantum information, condensed matter, and string theory – all of which are represented in Perimeter’s faculty.

“This field is relatively young. There are many brilliant young researchers and it’s a very energetic field. I want to bring more of those young talents here,” Yoshida said.

“Perimeter is very interdisciplinary. I can learn from people with diverse interests. Of course, I was very happy to do research as a postdoc, but now I have more opportunity to make contributions to both PI and also to science, by bringing very smart students and postdocs. That’s probably most exciting.”

Hsieh studied physics and mathematics at Harvard before earning his PhD in physics from MIT in 2015. A prediction he co-authored in 2013 – that a material called tin-telluride is a topological crystalline insulator – was experimentally confirmed by multiple groups and has spawned significant theoretical and experimental interest in its phenomenology.

Yin-Chen He is a condensed matter researcher interested in spin liquids, topological phases, and topological phase transitions. He received his PhD from Shanghai's Fudan University in 2014, and prior to moving to Harvard in 2016, worked at the Max Planck Institute in Dresden.

“PI and I share a mutual interest in doing original, path-breaking research rather than following the main trends of the field,” He said.

“PI has highly interdisciplinary research fields in theoretical physics as well as very active research members, and I am very much looking forward to being part of it.” 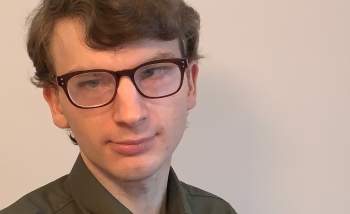 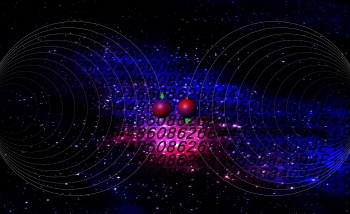