The Federal Budget, tabled today in Parliament by the Honourable Bill Morneau, Canada’s Finance Minister, pledges to provide $50 million over five years to Perimeter “to strengthen its position as a world-leading research centre for theoretical physics.”

The funding commitment, which is to start in 2017/18, was included in the section “Strengthening Canada’s World-Class Research Capacity and Excellence,” which reads: “The Perimeter Institute for Theoretical Physics in Waterloo, Ontario, is an independent centre devoted to foundational research in theoretical physics. Since its creation in 1999, the Institute has built a global reputation for its exceptional research environment and has demonstrated outstanding scientific merit, which has helped to attract top-tier researchers to Canada. The Institute also hosts hundreds of international researchers each year, trains promising new researchers, and undertakes outreach activities with students, teachers and members of the general public.”

“To shape the future, we must invest in the future,” Minister Morneau said during the Budget speech.

“On behalf of the entire Perimeter Institute community, may I express our deep gratitude to the Government of Canada for today’s commitment of support for fundamental research, training, and educational outreach,” Turok said.

“This pledge of investment, alongside Perimeter’s other public and private partners, will allow us to pursue the pioneering research and breakthrough discoveries which drive technological innovation and position Canada for success.” 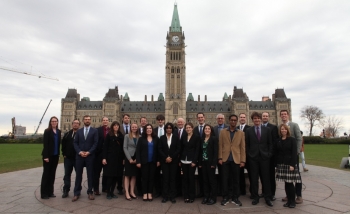 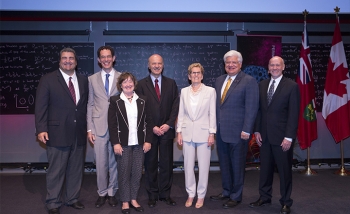