Dr. Neil Turok has been appointed to a second term as Director. He will also become the inaugural Mike and Ophelia Lazaridis Niels Bohr Chair in Theoretical Physics at Perimeter Institute.
March 15, 2013

Perimeter Institute is pleased to announce the re-appointment of Director Neil Turok to a second term at the Institute’s helm. Dr. Turok’s new term will commence in October 2013 and will run for five years.

In conjunction with Dr. Turok’s renewal, Perimeter Institute also announced the establishment of the Mike and Ophelia Lazaridis Niels Bohr Chair in Theoretical Physics, with Dr. Turok as the inaugural chairholder. This is the second Perimeter Research Chair to be announced and follows the 2012 appointment of Xiao-Gang Wen as the BMO Financial Group Isaac Newton Chair in Theoretical Physics.

The Perimeter Research Chairs were created to attract world-leading scientists to Perimeter in strategically chosen fields. Chairholders are scientists in their prime years, who will act as the nucleus of ‘powerhouse’ research groups with resources enabling them to make rapid progress on key problems.

In making the announcement, Board Chair Mike Lazaridis said, “When we invited Dr. Neil Turok to be Perimeter’s Director in 2008, we knew he was a world-class scientist and a visionary leader. What he has brought to the Institute in his first term as Director has been nothing short of outstanding. Under his direction, Perimeter has become one of the leading centres for theoretical physics in the world. The Board’s decision to re-appoint Neil was unanimous, as was the support for the decision from faculty and Perimeter’s Scientific Advisory Committee. We look forward to his ongoing leadership, as we continue to build Perimeter Institute and the Quantum Valley in Waterloo Region. It is also a special privilege for Ophelia and me to lend our name to this new Chair that will support Neil’s world-leading research in early universe cosmology.”

Highlights of Dr. Turok’s first term as Director include numerous recruitment successes, which have significantly expanded Perimeter’s faculty, and the establishment of the Distinguished Visiting Research Chairs program, which brings dozens of the world’s most eminent theoretical physicists, including Stephen Hawking, to the Institute on a regular basis. He spearheaded the successful effort to win federal and provincial government funding renewals and led the 2009 creation of the Perimeter Scholars International (PSI) master’s program, a rigorous and innovative course in theoretical physics designed to nurture a new generation of theoretical physicists.

A strong believer in public outreach, Dr. Turok delivered Canada’s 2012 Massey Lectures, entitled The Universe Within: From Quantum to Cosmos. The popular book and radio broadcasts examine why scientific knowledge is our most precious possession and how the future will be shaped by breakthroughs to come, including potentially transformative quantum technologies.

Dr. Turok commented on his re-appointment, “I am humbled and excited by this news and very grateful for the confidence and support of the Board. I am especially honoured to be appointed as the first holder of the Mike and Ophelia Lazaridis Niels Bohr Chair and appreciative of the incredible support of Mike Lazaridis and the Board. Working with Perimeter’s outstanding faculty and staff over the last several years has been intense, exciting, and hugely rewarding. Our shared vision, of course, is to achieve the research breakthroughs that will transform the future. While we cannot predict exactly where or when those breakthroughs will come, we can seed the ground by encouraging brilliant researchers to do their most ambitious research and by nurturing the brightest young talents from around the world. Together, we are reinventing how theoretical physics is done. I can’t wait to get started on the next five years.”

Neil Turok (PhD Imperial College London, 1983) joined Perimeter Institute as its Director in 2008, having previously held positions as a Professor of Physics at Princeton University and Chair of Mathematical Physics at the University of Cambridge. Turok’s work focuses on developing fundamental theories of cosmology and new observational tests. His predictions for the correlations of the polarization and temperature of the cosmic background radiation and of the galaxy-cosmic background correlations induced by dark energy have been confirmed. With Stephen Hawking, he discovered instanton solutions describing the birth of inflationary universes. His work on open inflation forms the basis of the now-popular multiverse paradigm. With Paul Steinhardt, he developed a cyclic model for cosmology, according to which the big bang is explained as a collision between two ‘brane-worlds’ in M-theory. Among his many honours, Turok was awarded Sloan and Packard Fellowships and the 1992 James Clerk Maxwell medal of the Institute of Physics (UK). He is a Canadian Institute for Advanced Research (CIFAR) Fellow in Cosmology and Gravity and was selected to deliver the 2012 CBC Massey Lectures. Born in South Africa, Turok founded the African Institute for Mathematical Sciences (AIMS) in Cape Town, South Africa. He has been recognized with a TED Prize and awards from the World Summit on Innovation and Entrepreneurship (WSIE) and the World Innovation Summit on Education (WISE). 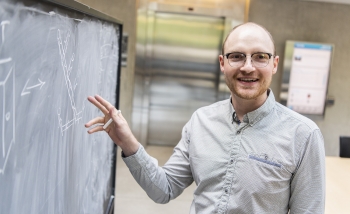 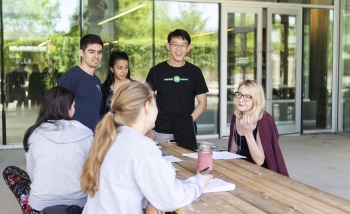 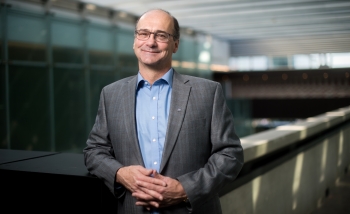