Join physicist Rob Moore for a live webcast Apr. 4 as he explores the subatomic realm of quantum materials, and explains how they may shape our technological future.
March 22, 2018

March 22, 2018 (Waterloo, Ontario, Canada) – From highly efficient batteries to virtual reality, the next generation of technologies will help humanity tackle some its most challenging problems.

Many of the biggest scientific and technological advances, argues physicist Rob Moore, will emerge from the smallest conceivable level: the quantum realm of subatomic particles.

The future, Moore says, may be built “from the atoms up.”

During a live webcast event on Wednesday April 4 at 7PM ET, Moore will explore the ties between human progress and material science, as well as the incredible promise of quantum matter.

Moore’s talk, titled “A material world – building a future from the atoms up,” is part of the Perimeter Institute Public Lecture Series. The talk will be webcast live on insidetheperimeter.ca and via partner organizations.

Moore is Assistant Director of the Stanford Institute for Materials and Energy Sciences. He received a bachelor’s degree in mechanical engineering from Tennessee Technological University in 1994, after which he spent five years in the US Navy as a submarine officer aboard the USS Alaska (SSBN 732). He received a master’s degree in physics from the University of Washington, Seattle in 2002 and a PhD from the University of Tennessee, Knoxville in 2006.

Following the talk, Moore will answer questions from the online and in-house audience – including questions submitted prior to and during the talk via Facebook and Twitter (using the hashtag #piLIVE). Questions are welcomed from everyone – aspiring scientific explorers, school classes, physics buffs, and general math and science enthusiasts.

View past PI Public Lectures and events, and read more about PI’s research, training, and outreach activities at www.insidetheperimeter.ca. 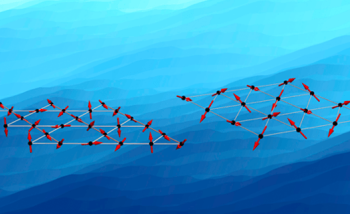 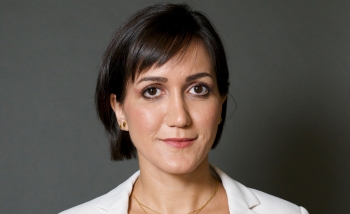